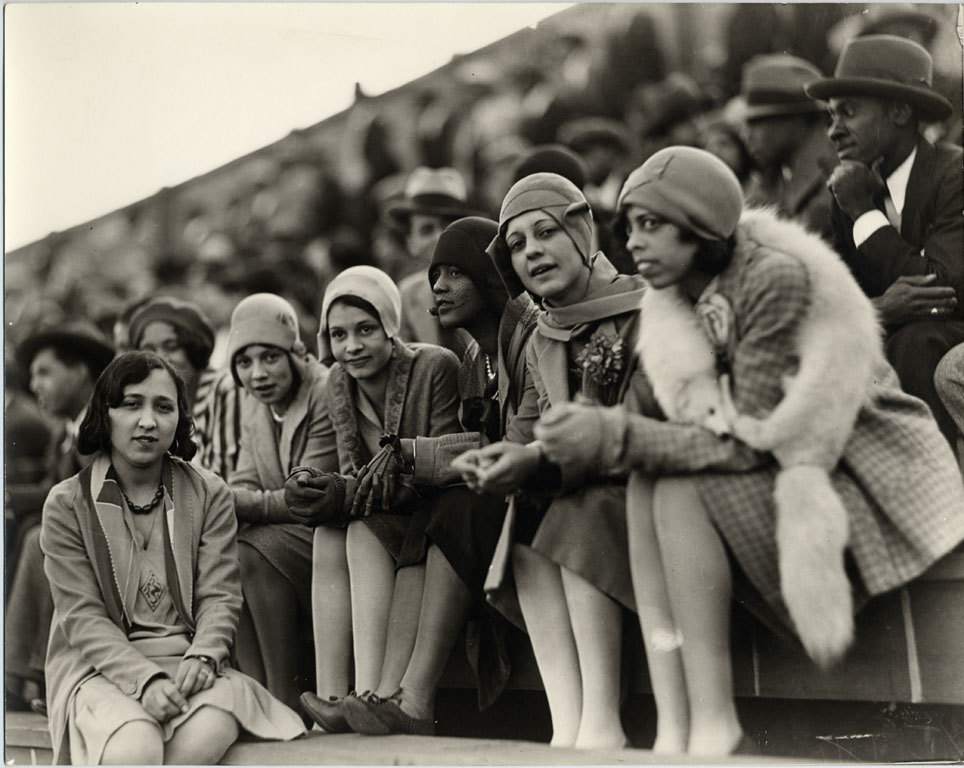 Formerly called ‘flappers.’ Posthumous print, on double-weight, warm-toned paper: probably made by Robert Scurlock in the 1960s-1970s from a 1920s negative. Six African American women (Howard University students) in audience, sitting in stadium watching game, men shown sitting behind them. All but one of the women wear cloche hats. The woman on the extreme right was identified as Elise Dowling in the exhibition cited below