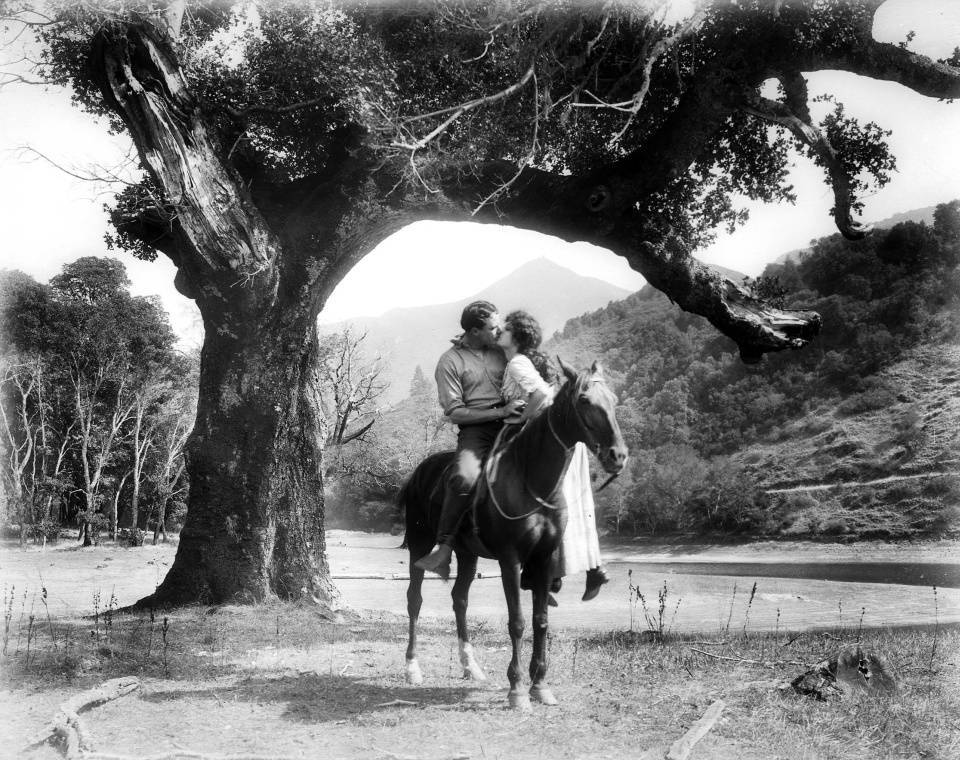 House Peters as The Man and Beatriz Michelena as the title character in the California Motion Picture Corporation (CMPC) production of Salomy Jane, 1914. This shot is from the final scene, filmed at Lake Lagunitas in Marin County. The peak of Mount Tamalpais is visible in the distance. Based on a story by Bret Harte and adapted for the screen by Paul Armstrong, Salomy Jane stars Beatriz Michelena as the title character in this California Gold Rush era melodrama. It premiered in 1914 at the St. Francis Hotel in San Francisco and was the first feature-length production by the CMPC. Exterior shots were filmed in Marin County and the Russian River area of Sonoma County. The CMPC was located in the Sun Valley neighborhood of San Rafael, Marin County, between 1914 and 1921. The studio produced 15 films, including Salomy Jane, which survives in its entirety in the Library of Congress archives.