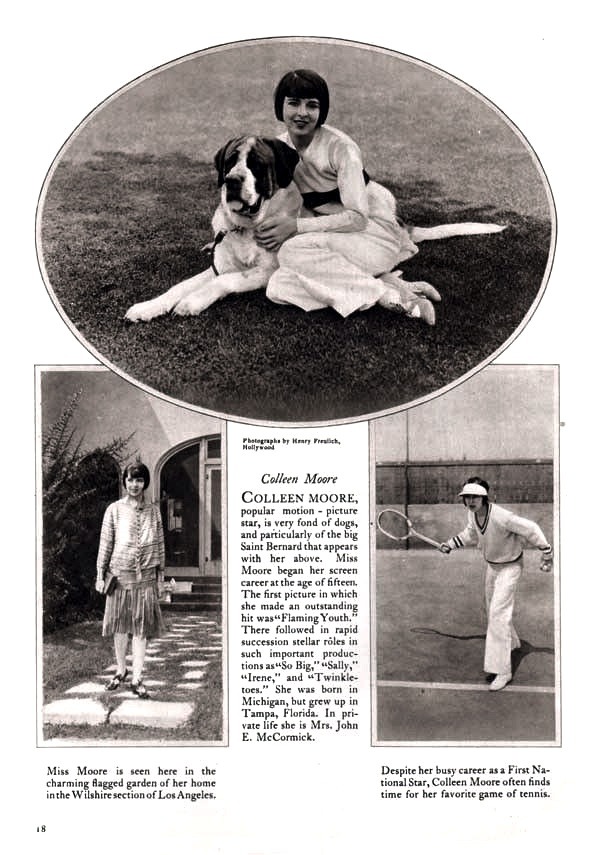 Colleen Moore, popular motion picture star, is very fond of dogs, and particularly of the big Saint Bernard that appears with her above.  Miss Moore began her screen career at the age of fifteen.  The first picture in which she made an outstanding hit was Flaming Youth.  There followed in rapid succession stellar roles in such important productions as So Big, Sally, Irene and Twinkletoes.  She was born in Michigan, but grew up in Tampa, Florida.  In private life she is Mrs John E McCormick

Despite her busy career as a First National Star, Colleen Moore often finds time for her favorite game of tennis