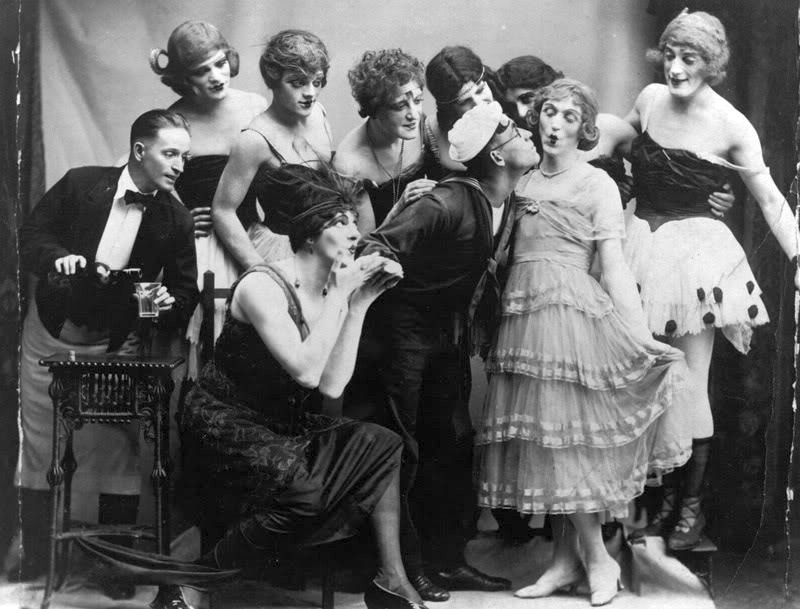 in his first stage role, James Cagney (3rd from left) stands on stage with other male actors dressed in drag while a man in a sailor suit leans over to kiss one of them in the play Every Sailor, New York City, 1919. An actor dressed as a waiter pours a bottle of wine while watching. photo by Gene Lester