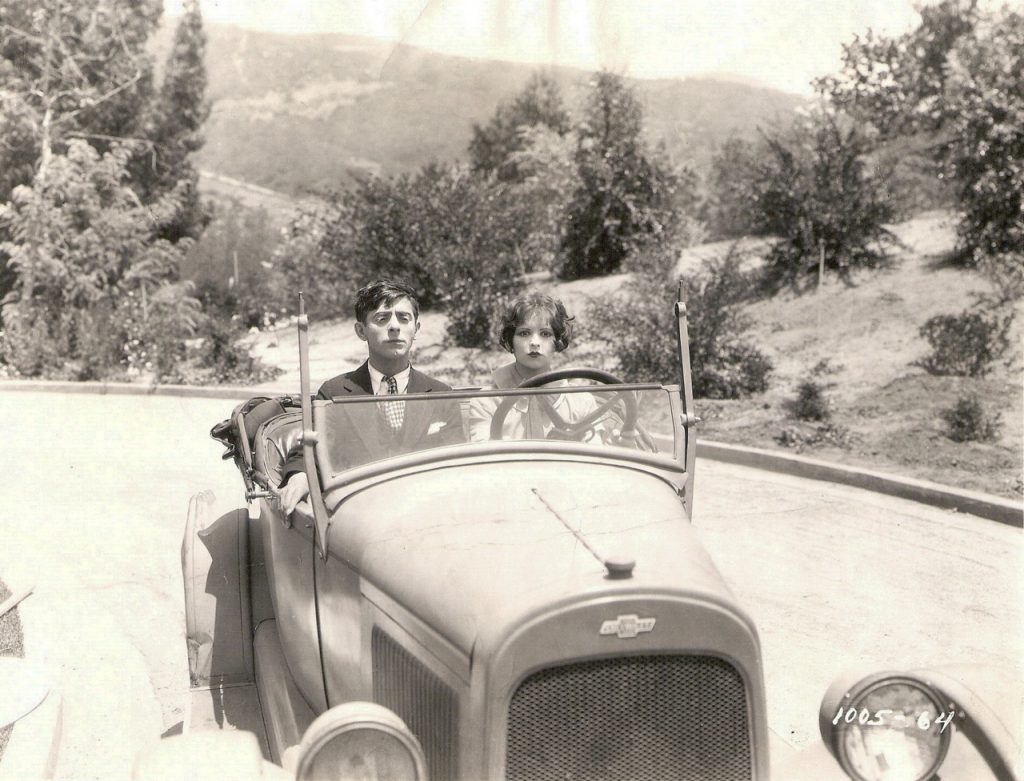 Kid Boots
Directed by Frank Tuttle
Screenplay by Luther Reed, Tom Gibson and George Marion Jr. (based on the musical play by William Anthony McGuire and Otto A. Harbach)
USA, 1926

My friend Kit kindly responded to my plea for Clara Bow films by lending me her copy of this film. It stars Eddie Cantor (in his film debut) as the eponymous Samuel “Kid” Boots, a tailor who falls for Clara McCoy (Clara Bow) – and for once in his life, it’s mutual. The path of true love never runs smooth, of course, so when Kid tries to help a pal stay away from his wife until their divorce is finalised, he gets into several situations that make him look to Clara like something of a playboy. Whoops!

The film wasn’t laugh-out-loud funny, but it was quite entertaining and featured some amusing intertitles. I was pleasantly surprised by Eddie Cantor, he’s a pretty good comedian when he’s not spoiling it with minstrel makeup.

Clara Bow steals the limelight though. She’s just so damn watchable, and when she looks sad I have an overwhelming urge to hug her. The crush deepens…