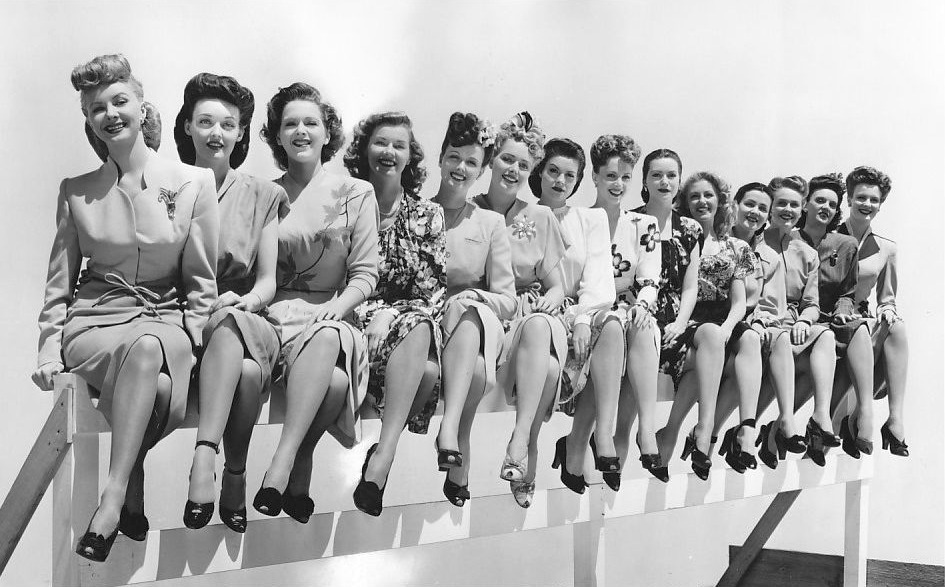 The Nation’s Loveliest – selected from thousands of the country’s most beautiful girls and groomed for films for more than two years, these fourteen lovelies were this week the final selections to represent the modern Ziegfeld Girls in Metro-Goldwyn-Mayer’s forthcoming musical extravaganza Ziegfeld Follies (1945)

The girls hail from 12 different states and were finally selected only after countless contests with other beauties and many film tests.  Arthur Freed will produce the Technicolor production, planned to be Hollywood’s greatest film masterpiece.  George Sidney will direct