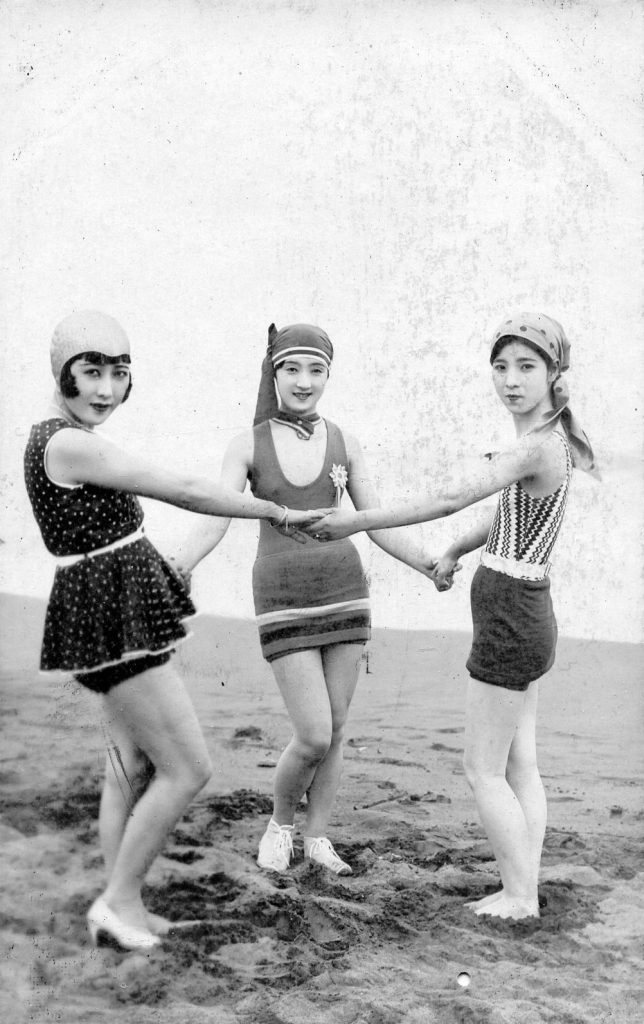 “As with interwar flappers in Europe and America, a new philosophy was emerging [in Japan] in which physical activity became a space of a fashion-spectacle and its product of a healthy body was considered prepossessing and feminine. The new body consciousness of the moga [modern girl] was manifested in the popularity of ocean bathing and the swimsuit.

“By the mid-Taisho period [1912-1926], bathing was increasingly common for young middle-class Tokyoites. The influence of Hollywood on Japanese mogafashions in undeniable and helped spawn the new sexuality based on a healthy physicality, but the change was essentially a product of the processes of modernism.”