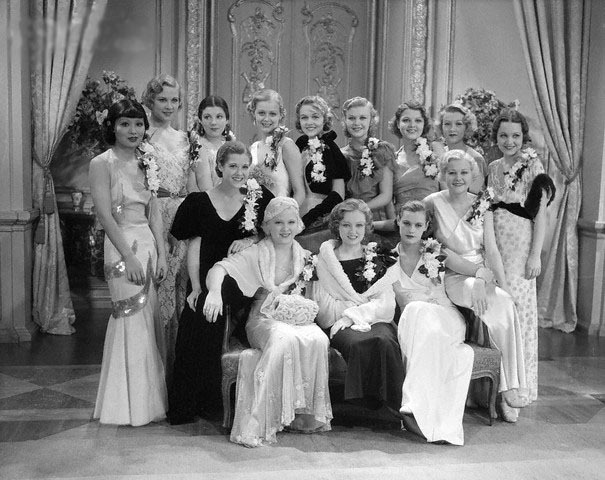 thirteen of the fifteen budding moving pictures stars pictured in their first get-together since their selection as WAMPAS Baby Stars by Hollywood publicity agents. This year the publicity men selected fifteen girls instead of the usual thirteen. These are the girls who, in the opinion of the agents are most likely to achieve stardom in the films