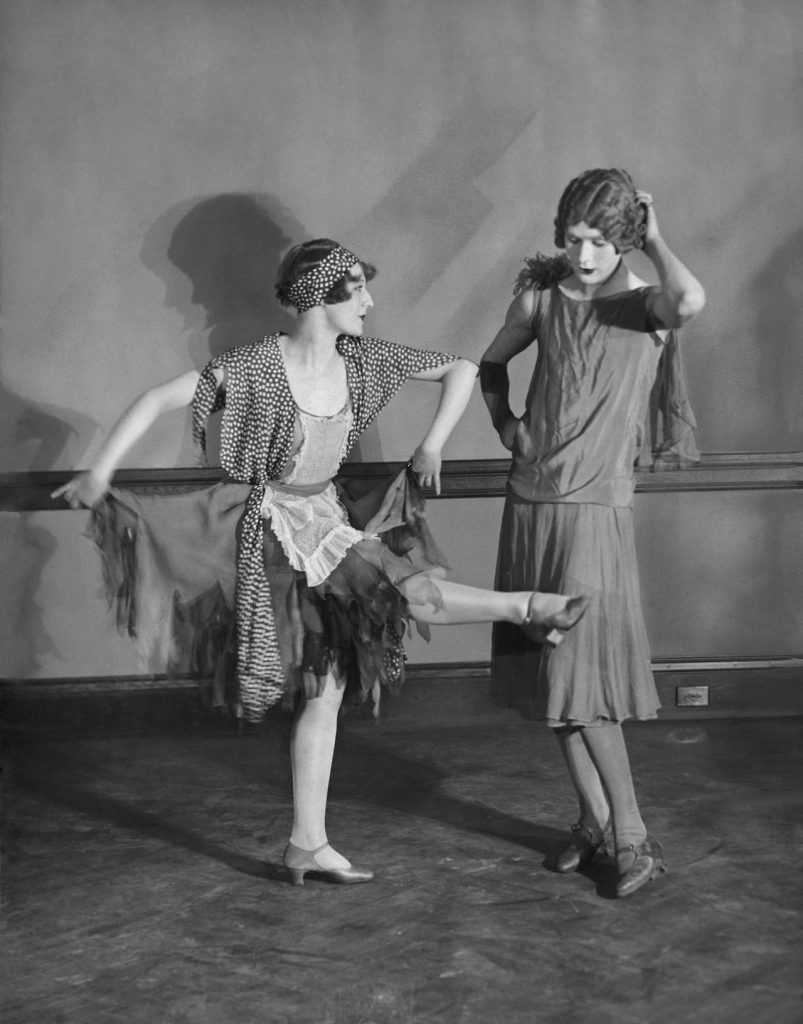 February 1927: Dorothy Stone, left, star of the musical comedy “Criss Cross,” gave William Easton a lesson in stepping as he rehearsed for his role in a cross-dressing production by the Columbia varsity players called “Betty Behave.” “The authors have tried to eliminate ‘collegiate gags’ and present it with the hope that ‘it will compare favorably with a professional production,” The Times reported. Photo: The New York Times