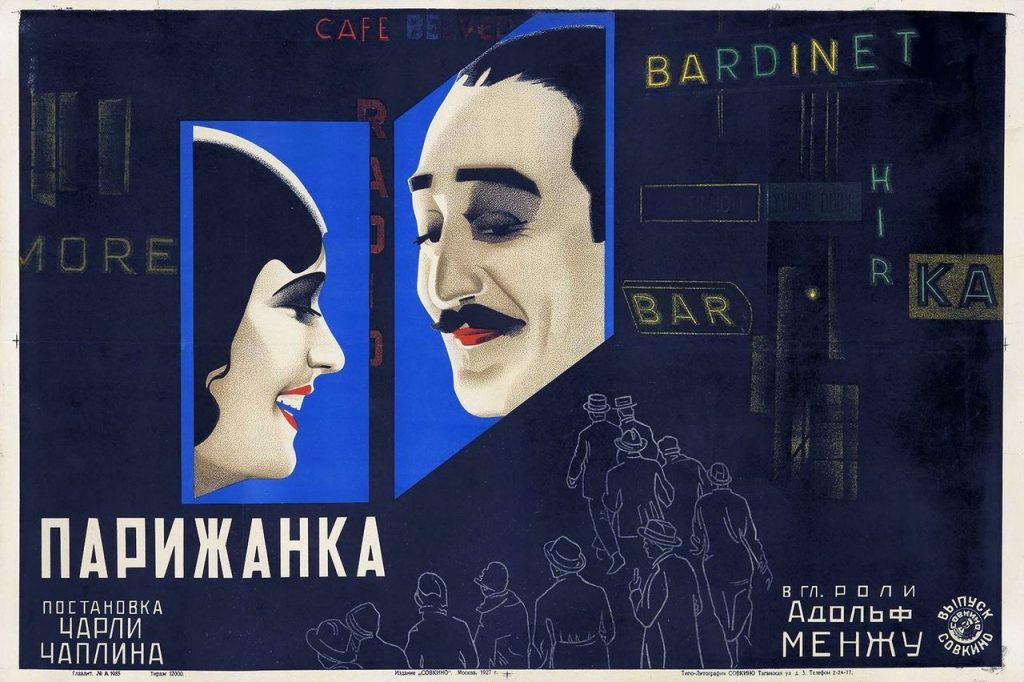 A Woman of Paris – 1927 poster – attributed to the Stenberg Bros

this poster advertises the 1927 Soviet release of the 1923 A Woman of Paris, directed, written, and produced (though not starring) Charlie Chaplin – a rarity not only because Chaplin is behind the camera for this silent feature, but also because it’s a drama, not a slapstick farce. Here, we can see the neon lights of Latin Quarter cafés and cabarets that tempt Marie into an affair with the wealthy Pierre, leaving behind her adored Jean… and inspiring a fraught love triangle that leads to dark times in the City of Light