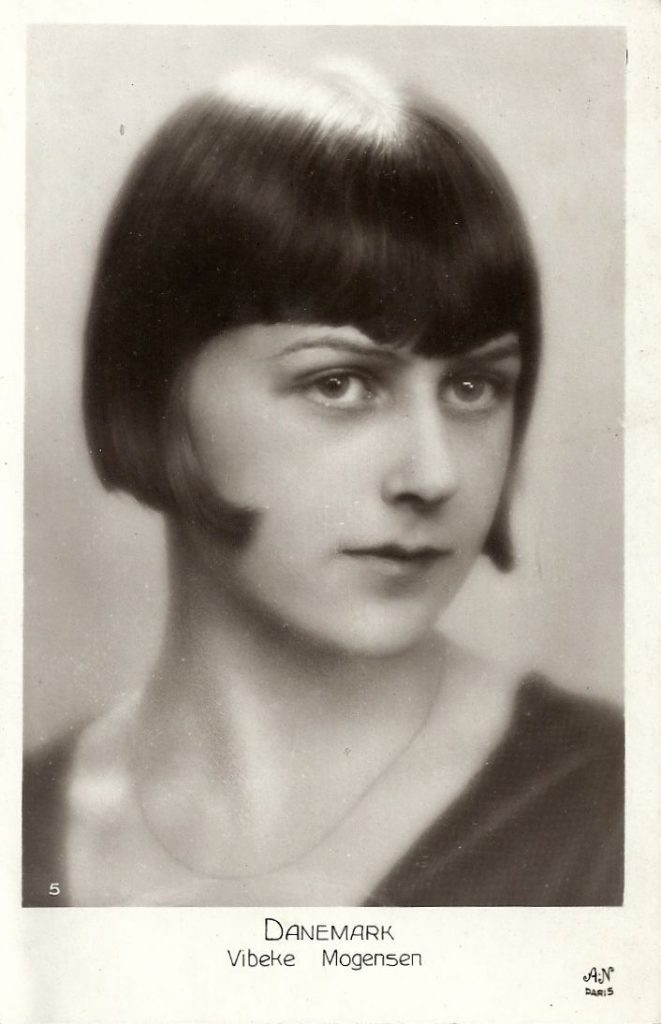 Else Vibeke Mogensen was born July 18, 1907 in Alslev, Denmark. She was the daughter of farm owner Anton Mogensen (1875-1954) and Yelva Jessen (died 1911). In 1929 Mogensen won the Miss Denmark contest, so she was elected for the Miss Europe contest of 1929. She didn’t win (Böske Simon from Hungary won). Following a quite common pattern with the Misses, Mogensen married a top athlete in the same year, in her case the cyclist Willy Falck Hansen. Hansen had won the gold medal in short track cycling in Budapest in 1928. He had also won medals at the Olympic Games of 1924 and 1928. After a Winter in Australia in 1929-1930 the Hansens settled in France, where they remained until 1939. Hansen remained a national hero, though, in various sports contests. Later on he became more a sports organizer, then a car salesman and lastly a tour organizer and tour guide, arranging charters to even Romania, Cuba, Egypt etc. Hansen died in Romania in 1978 but was buried in Faareveilje, Denmark. Vibeke Mogensen died in Faarevejle on February 27, 1984