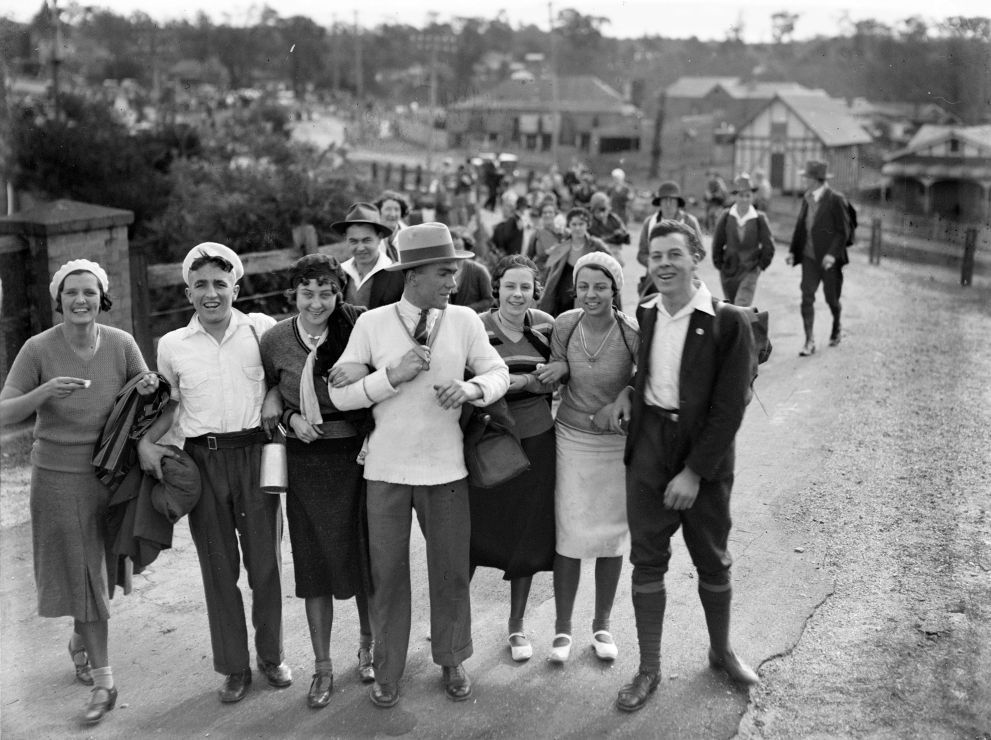 In 1932 five mystery hikes around Sydney were organised by the railways, with the department store F.J. Palmer and Sons as the commercial sponsor. Hikers purchased a two-shilling train ticket and joined a train from Central Station to a mystery destination. The hikes, held on Sundays, were enormously popular. The third Mystery Hike from Cowan Station to the Hawkesbury River on 24 July 1932 used 12 trains to carry almost 8,000 participants.

Mystery Hike No. 2 was from Valley Heights in the lower Blue Mountains along the old Lapstone Road to Penrith on 10 July 1932. Four trains conveyed approximately 2,000 hikers. This photo shows a group of hikers walking across a railway bridge. There are houses in the background.