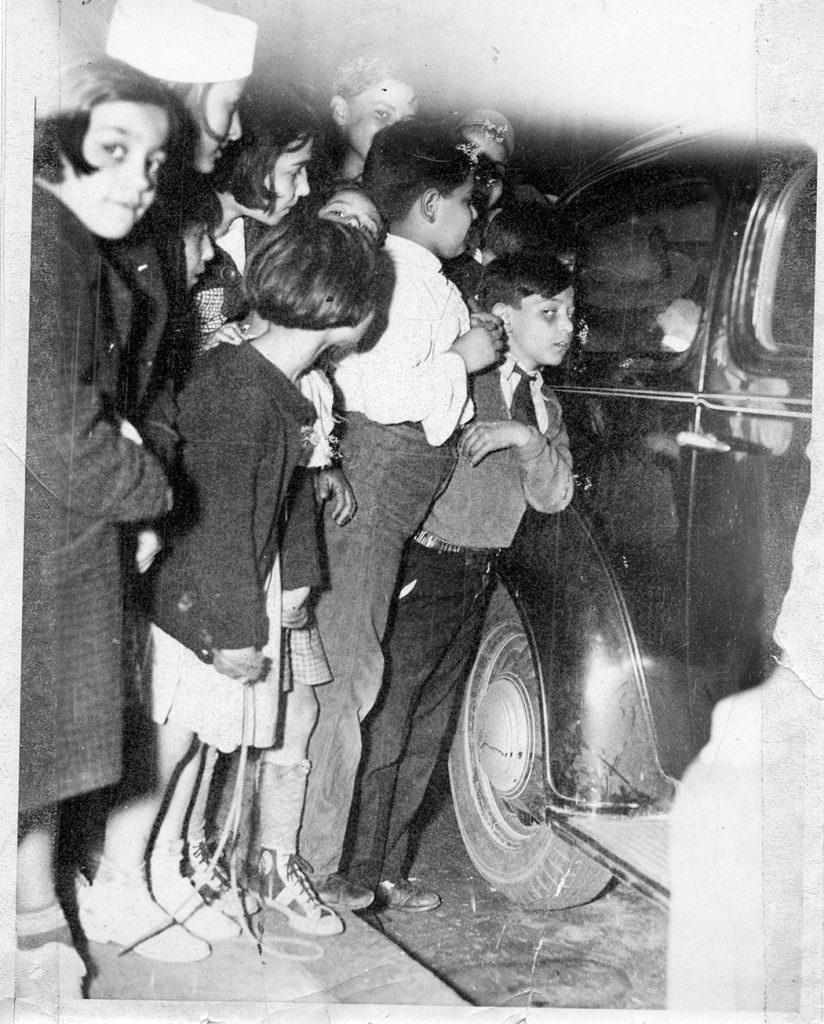 May 15, 1937: Helen Tiernan, a single mother of two, was trying to get her boyfriend, a Greek immigrant named George Christodulus — a.k.a. George Christie — to marry her. George (seen below right, in black hat) didn’t want the kids. So Helen (below left, in light-colored coat) told her children they were going on a picnic, took them into the Long Island woods, stabbed both, and set her daughter afire. The girl, who was 7 and also named Helen, died; the son, Jimmy, age 4, survived. The elder Helen got 20 years to life. Her confession let George off the hook, whereupon he was put up for deportation back to Greece. Jimmy went to a foster home. The kids peering into the car (seen above) are jeering at George after his arrest.