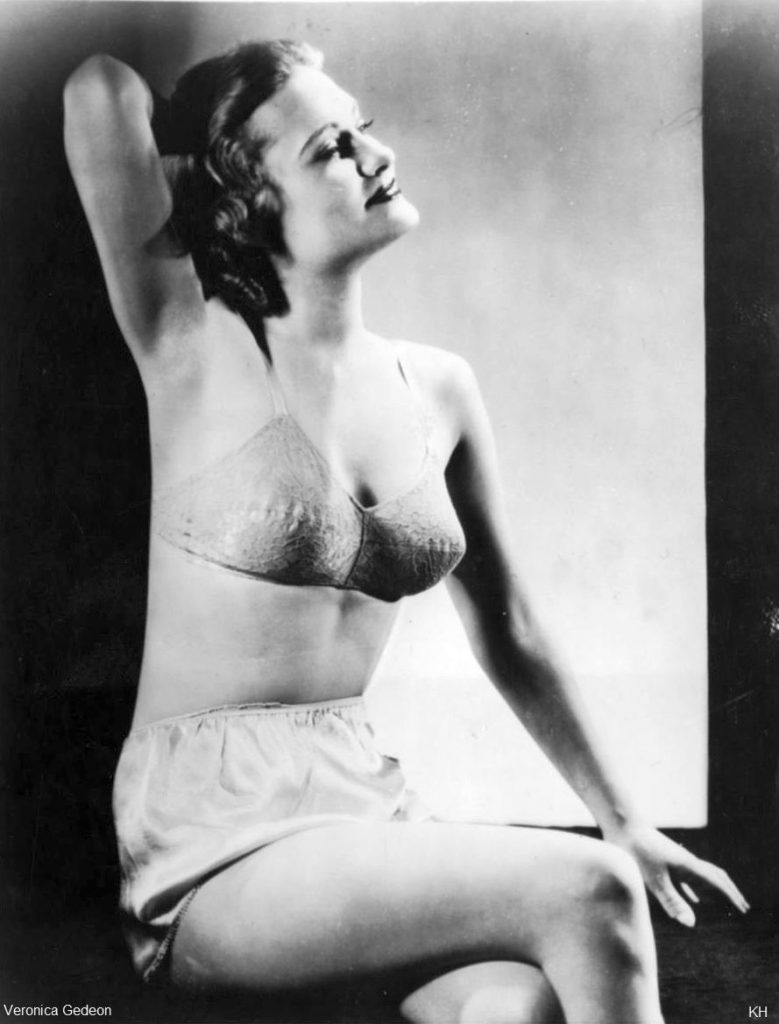 was a 20-year-old commercial model from Long Island City whose murder during Easter Weekend in 1937 captivated New York City.

Gedeon appeared at an Illustrators Society show for models which was raided by members of the New York City Police Department on November 8, 1935. She posed for crime-oriented periodicals such as ‘Inside Detective’ and ‘Headquarters Detective.’ Her murder featured an ironic twist because of the sensational titles of the pictorials she appeared in. ‘In Party Girl,’ ‘Pretty But Cheap,’ and ‘I Am A White Slave’ photographs showed her flimsily clad, beaten, smothered, and tied up.

Her family owned an apartment at 318 East 50th Street (Manhattan), where Gedeon’s mother took in boarders. A sculptor, Robert George Irwin, was found guilty of murdering Gedeon, her mother, and a roomer in a fifth floor apartment there on the night of March 28, 1937. Irwin spent time in and out of Bellevue Hospital Center and Rockland County Hospital. He was briefly a boarder at the Gedeons but was put out of the household after he developed a crush on Gedeon’s sister Ethel. Having once sculpted a conventional bust of Herbert Hoover, Irwin admitted he wanted to behead Ethel and make a death mask.