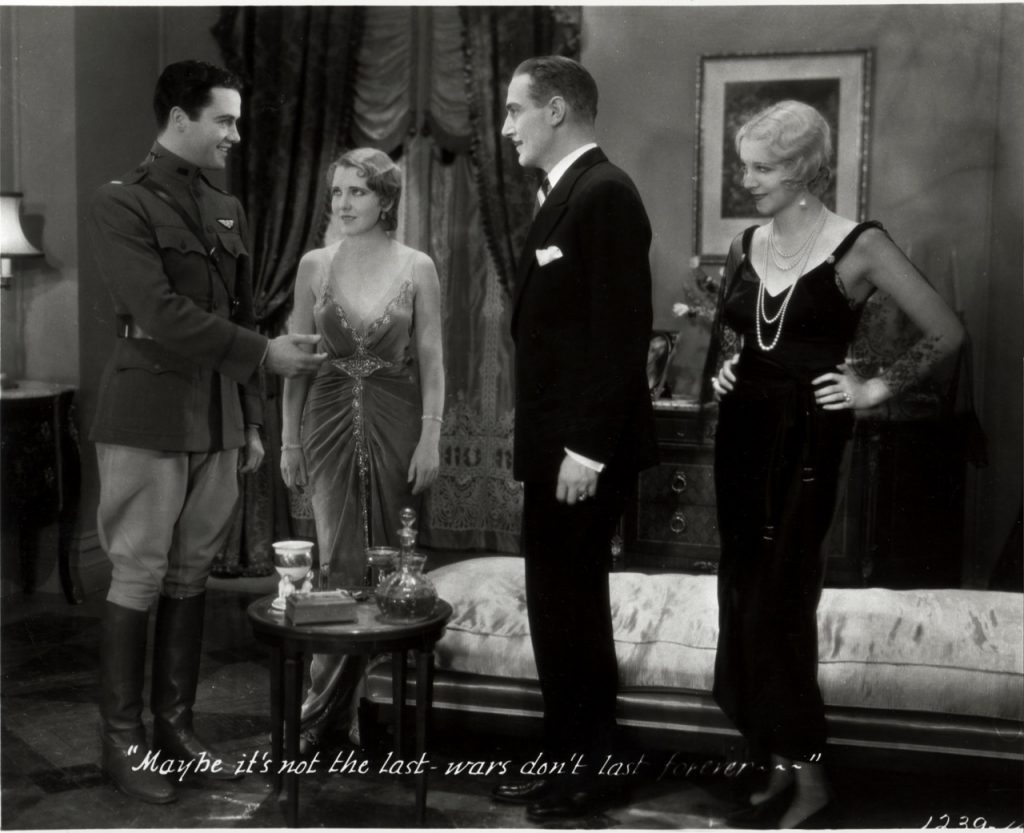 welly welly Wellman!!! what more can we say about you, cept we can’t stop watching anything you’ve directed

top – Eagles flied not so high, with Charles ‘Buddy’ Rogers, Jean Arthur, Paul Lukas and Virginia Bruce as WWI enemies and friends, on the ground and in the sky

bottom left – The Conquerors is kinda like Wellman’s Citizen Kane.  not comparing to Citizen Kane, or even saying it’s WAW’s best film, but it just felt like Citizen Kane, as it showed a couple (Richard Dix and Ann Harding) age over the years, complete with ridiculously heavy make-up.  The film kept hammering home a message about how America’s economy will keep bubbling and bursting, only to bubble over again, and then burst all over again, which eerily mirrors America’s past decade

bottom right – Jenny instantly became one of our Wellman favs (alongside A Star Is Born and the triple feature we saw last week), and also happens to be one of the saddest (and sauciest) mother-son tales we’ve ever seen.  Mother Jenny is Ruth Chatterton, and Ruth Chatterton is genius.  You must must seek this one out!!