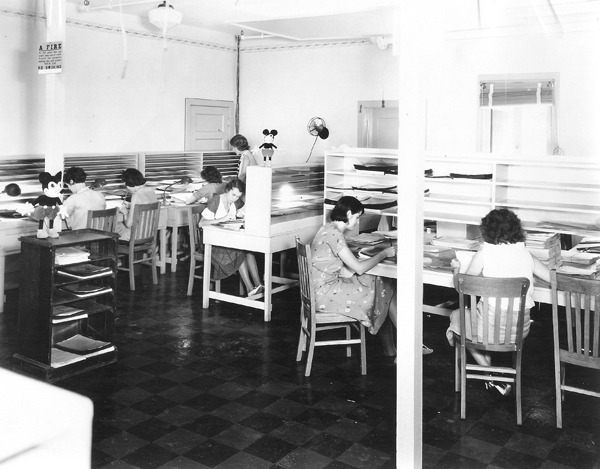 Marcellite Wall neé Garner (July 3, 1910 – July 26, 1993) is most remembered as the first regular voice of Minnie Mouse during her time working at Walt Disney Productions and has been partially credited with defining Minnie’s personality.  She also worked in Disney’s ink and paint department, first working as a cel painter and later as an inker

above – Inking at Disney, circa 1931.  Marcellite is the inker to the left of the pole