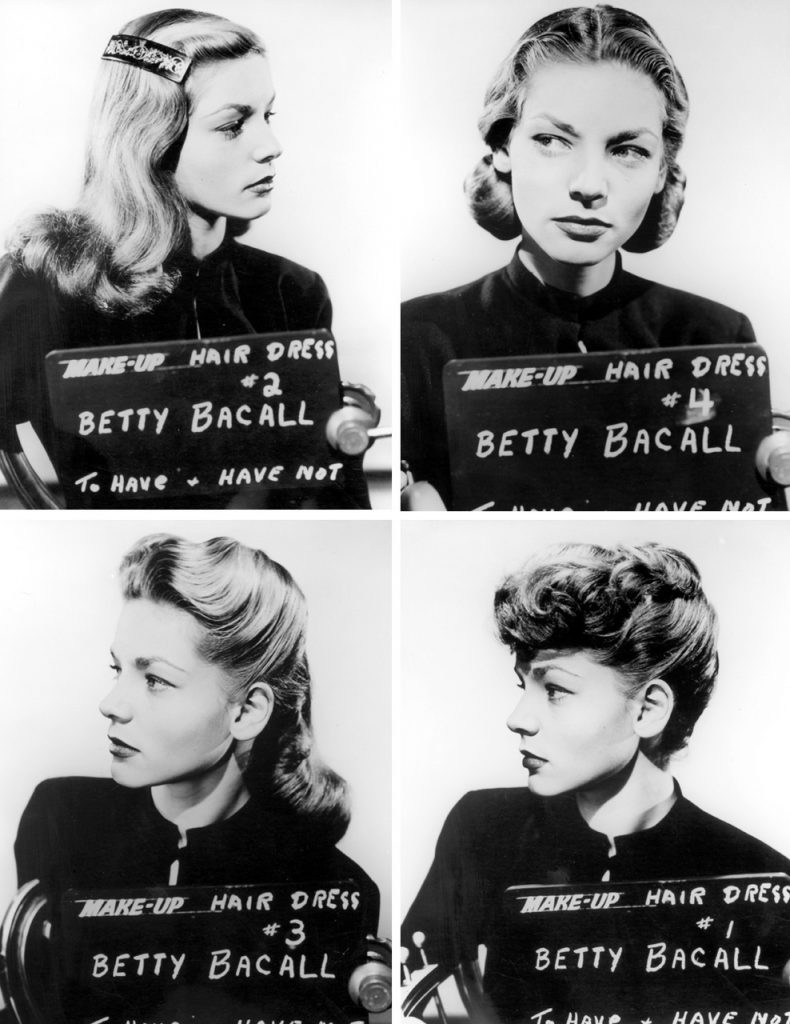 In April 1943, still a teenager, Lauren Bacall set out for Hollywood to pursue her dreams of becoming an actress.

These experimental hair and make-up looks were for her first starring role as ‘Slim’ in the film To Have and Have Not. This role would not only begin her career but also introduce her to “the first and most electrifying love of her life”, Humphrey Bogart