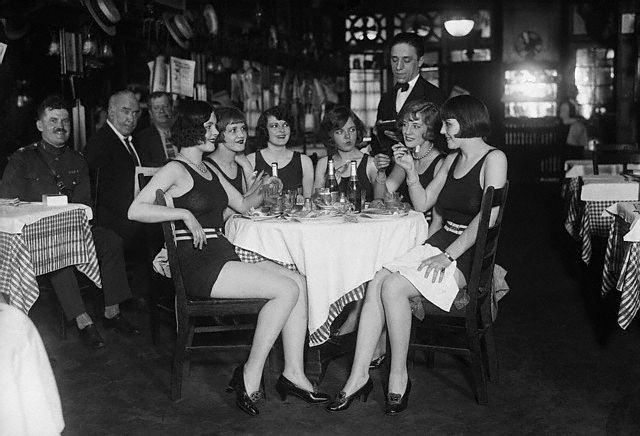 Best of What About Bobbed? – Year 2

[this might just be one of my favorite photos OF ALL TIME!!  I’d give both of my ears just to sit at that table!!!!]

New York – Thanks to a precedent set by six Ziegfield Girls today who insisted on having their luncheon in their bathing suits, it is now possible for other young ladies to follow suit. The girls, Mildred Lunney, Margy Martin, Helen Sheldon, Catherine Frey, Bobbie Powers and Edith Babson, went from rehearsal to Keen’s Chop House attired only in their bathing suits. Paul Henkel, manager of the restaurant strenuously objected claiming they were not properly dressed. Henkel was asked since what day had he become a sensor of women’s wear and after much discussion in which the rest of the diners particiapted in favor of the girls, they were served.