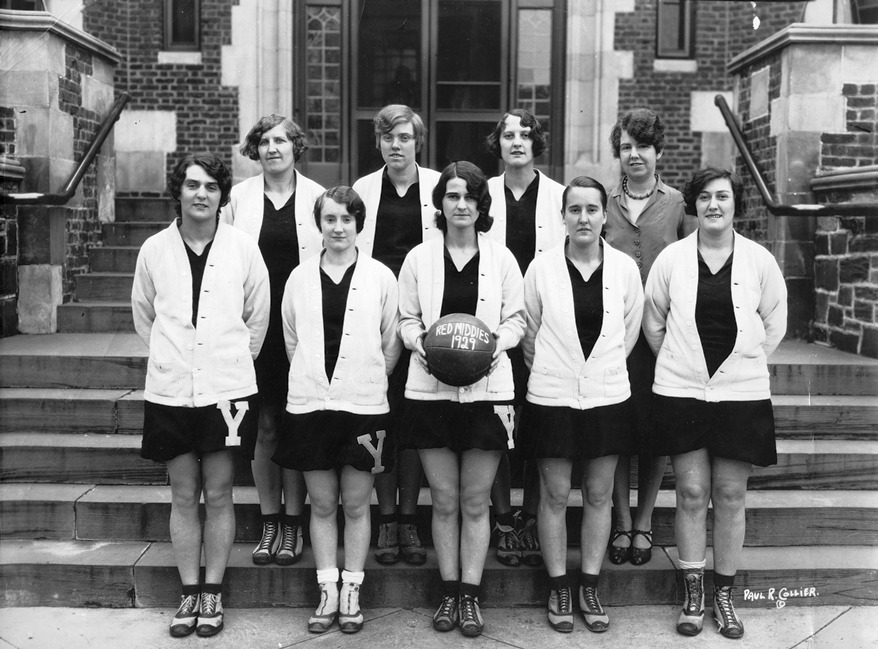 This photograph, taken in 1929, shows the nine players on the Plainfield YWCA women’s basketball team, the Red Middies. The team, organized in the late 1920s, was named for the type of blouses they wore. Standing second from left in the back row is Sophia Dickson, assistant physical education director at the YWCA. Dickson had also been employed as the supervisor of physical education for the Plainfield School District. All of the other athletes in the photograph are unidentified. Behind the team members is the YWCA building at 232 E Front St. Established in 1907, the Plainfield YWCA was originally located at 210 E. Front St. near Watching Avenue. The doors opened at 232 E. Front St., at the corner of Church Street, in October 1929. The English Tudor-style building was constructed by Arthur Ware of New York City. In 1998, the building was added to the National Register of Historic Places. In the early 2000s, a grant was given to the YWCA to restore the theater and second floor. The YWCA at 232 E. Front St. continues to serve the Plainfield area. The structure retains much of it original floor plan and decorative finishes and still hosts numerous programs for its 850 members. For more information, visit worldywca.org